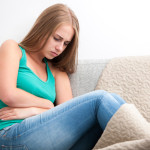 Recently, a federal jury in one of the mesh lawsuits in West Virginia awarded a woman $3.27 million in one of 33,000 lawsuits that accuse Johnson & Johnson’s Ethicon Inc unit of selling defective transvaginal mesh devices.  In part, it appears that the jurors found Ethicon liable for selling faulty devices and failing to warn patients and their doctors that users were at risk from side effects that include pain, bleeding and infection.

The company had previously been hit with an $11 million verdict in a mesh trial in New Jersey state court last year, and a $1.2 million verdict following a trial in Texas state court in April.  Additionally, another court in Texas recently awarded a plaintiff a verdict in excess of $70 million dollars for her mesh lawsuit.  The pelvic mesh implants and/or vaginal mesh implant lawsuits are on the rise as thousands of women contend the implants cause organ damage and make sex painful.

Surgical pelvic mesh, manufactured with polypropylene and intended for transvaginal insertion, is known by many names, including:

One use of the trans vaginal mesh support system is to help with pelvic organ prolapse (uterine prolapse), which sometimes occurs in women after childbirth or surgery, which causes the womb to fall into the vaginal area.

At the Gooch Law Firm, we pride ourselves on providing our clients reliable representation for even the most challenging cases. If you or a loved one received a transvaginal mesh support system, pelvic sling implant or pelvic mesh support system and have suffered an injury or side effect related to the pelvic mesh implant, contact our office at 1.844.329.5955.