McLaughlin, Glaxosmithkline, Paxil & Heart Valve Defect case documents what many paxil prescription drug users may be experiencing today – potential heart valve defects or potential birth defects (e.g., atrial & septal heart defects) in their child from the use of paxil (e.g., for depression while pregnant) during pregnancy.

The court ruled: We affirm.

A brief summary of the case:

Since September 2005, scientific evidence has revealed that SSRI antidepressants, such as Paxil, Zoloft (sertraline), Prozac (fluoxetine), and Lexapro (escitalopram), may cause birth defects in children whose mothers took these or other SSRI antidepressants during pregnancy.

The same has been shown for SNRI (serotonin norepinephrine reuptake inhibitor) antidepressants like Effexor (venlafaxine).

Studies have linked the use of Depakote and SSRI/SSRIs like Paxil and Zoloft during pregnancy with an increased risk of birth defects like:

in newborns when Paxil or Zoloft is taken during the pregnancy (possibly the first first three months of pregnancy) and persistent pulmonary hypertension of the newborn (PPHN), a life-threatening respiratory condition that affects a baby’s ability to breathe after birth.

For other prescription drugs that may be linked to birth defects, please follow these links: Depakote, Zoloft, Birth Defect. 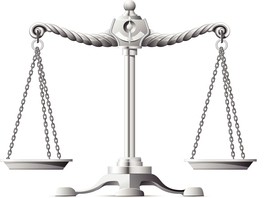 If you have a child that has a birth injury, birth defect or birth defects (e.g., heart defects, PPHN, heart or lung defect) or a heart valve defect that you believe may have been caused by a defective drug, e.g., paxil – and need help filing a paxil lawsuit, contact our office at 1.844.329.5955.