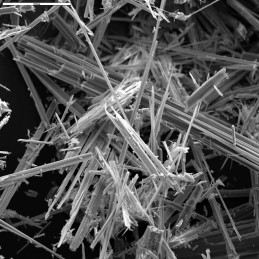 Asbestos and mesothelioma lawsuits are on the rise.  Recently, the California Court of Appeal ruled in Bankhead v. PNEUMO ABEX LLC (California Court of Appeal, 1st Appellate Dist., 4th Div., 2012), held that Pneumo Abex LLC (Abex) was liable to Bankhead – an auto parts worker diagnosed with mesothelioma – for compensatory and punitive damages in the amount of $11 million dollars.

The facts in this case are as follows:

After Bankhead’s mesothelioma was diagnosed, he sued numerous defendants, including Abex and ArvinMeritor. By the time the case went to trial on October 15, 2010, Bankhead had settled with all but four of the defendants.

Abex continued to operate other aspects of its business until 2004, but then went out of business entirely, and ceased to generate any income. At the time this case went to trial, Abex still existed as a legal entity, but its principal activity was responding to claims and lawsuits, primarily for asbestos-related injuries. In order to cover its remaining asbestos-related liabilities, Abex relies on its right to indemnity from Wagner, which Cooper LLC, as guarantor, actually pays.

For more on mesothelioma and asbestos, please visit the links below:

At the Gooch Law Firm, we pride ourselves on providing our clients reliable representation for even the most challenging cases. If you have been diagnosed with mesothelioma, contact our office at 1.844.329.5955.